Would you class yourself as ready or not? Micromarkets have been on the radar of vending operators for some time, but now it seems that the tipping point has been passed. Indeed, the time is fast approaching when you’ll have to be able to offer a micromarket solution to your customers – or suffer the consequences. PV & OCS Editor Ian Reynolds-Young caught up with the President of 365 International, John Chidiac, at AVA Live…

‘UK and European operators are increasingly asking the question, ‘am I ready or not?’ John Chidiac, President of 365 International (pictured), begins. ‘A lot of operators don’t like change. At the risk of sounding very American and maybe even very arrogant, I have to tell them ‘I’m sorry but you don’t have a choice’. If you don’t do it, a competitor is going to come in and offer a micromarket to one of your customers and steal that piece of business away from you.’

You can see John’s point: much the same thing is happening to motor manufacturers as electric cars gain traction in the marketplace. Like it or not, they have to develop an electric car of their own, because that is where the market is headed and they have correctly concluded, as the late, great Dr John once admitted, ‘if I don’t do it, you know somebody else will’…

‘Somebody else will walk into your customer’s premises and tell them ‘I can make it possible for your employees to have fresh foods, for instance salads and lunches, as well as all the things you’d expect to be available in a vending machine’ John says. ‘He’ll say, ‘I can give them access to 300 products, not just 50, and I can let them pay in any way they like. What’s more, they can refer to their purchase history right there on their phones via an app that I’ll give them for free. I’ll enable them to monitor their food consumption and attain their healthy lifestyle goals by giving them access to up-to-the-minute technology that works for their benefit. Or maybe you think they’d prefer to use a vending machine… 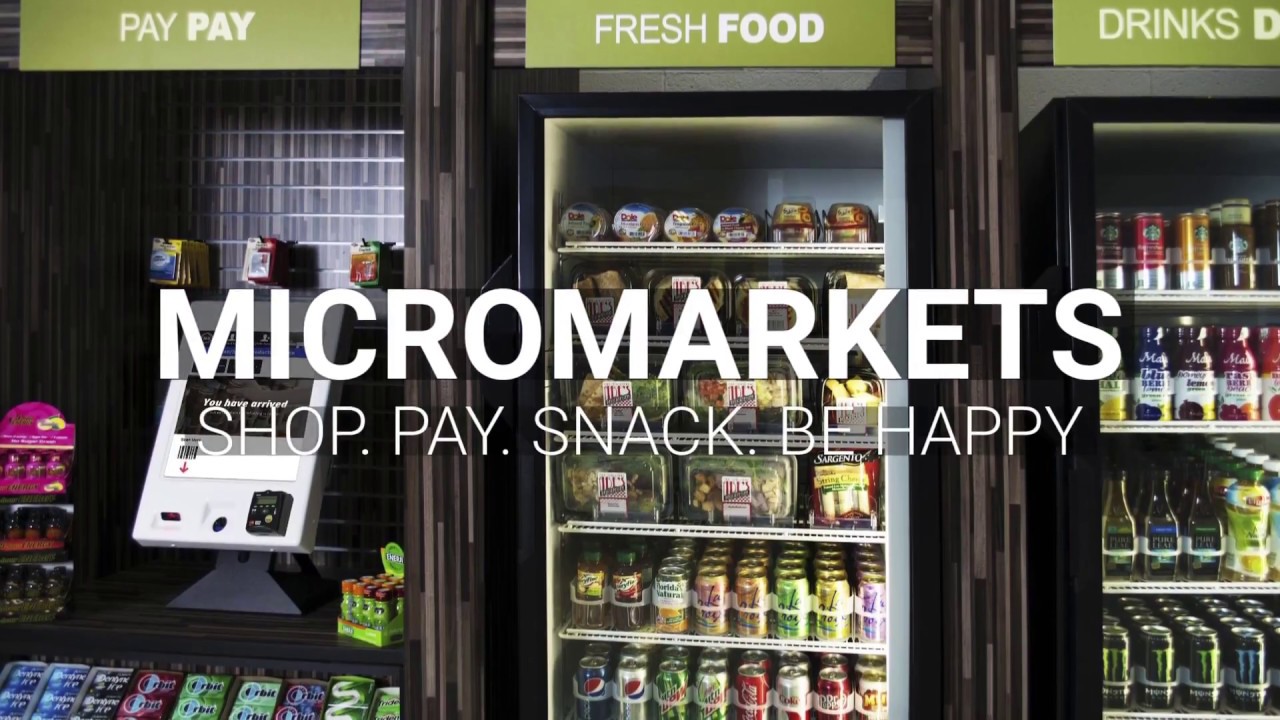 In my experience, your customer tells this guy, ‘no, I like what you have, give me that’ and they then they call you, their running operator and they say ‘I want you out of here’. This is happening all the time and I mean, all the time. That’s when the operator finally comes back to us and says please can you let me have a micromarket because that’s what my customer wants from me.’

All of which rings true in relation to the countless stories emanating from the US that chart the accelerating growth of micromarkets to the detriment of traditional vending. The question is, of course, ‘ have we yet reached that kind of tipping point in the UK? John is in no doubt that we have. ‘Well, with Selecta/Express Vending having opened all those UK micro markets with us, and with Gruppo Argenta (another Selecta company) opening more than 50 sites in Italy; everybody – all the other operators – are going to have to follow suit.

‘Vending has seen practically no fundamental change in 60 years’, John says. ‘Products still drop from machines just the same as they always have. The only real revolution has been in arrival of cashless payment. That aside, nothing else has happened so the arrival of micromarkets is a huge disruption for the very people who are best placed to make money from them and that, of course, is vending machine operators.

I remember something I learned in sales training back when Adam was a lad: ‘there are no problems, only opportunities.’ John agrees vigorously: ‘that’s it’, he says, ‘and the problem is that operators are afraid. There are one or two barriers that prevent them from whole-heartedly coming on board. The biggest barrier is that they are afraid of theft; but then we bring the statistics and we show them that it’s minimal because, one, we never put micromarkets in public spaces, they are always in closed environments and the employees working in those environments know that there are cameras and they know that when they eventually and inevitably get caught they’re going to be, best case embarrassed and worst case, fired. We have so many features of machine intelligence on our side that we catch thieves. By and large, people just don’t take the risk; they don’t steal. In the UK, theft runs at 1.4% compared with the US at 2.5% and Italy at 1.8%. When you consider that the revenue you make from a micro market is 4 times what you’d get from a vending operation, that’s not a big deal. You can live with that rate of theft, you can take account of it in your pricing.’ Ready or not…

John is understandably frustrated that, even when confronted with these facts, many operators remain unable or unwilling to ‘do the math’,

‘You can even put the issue of theft into the contract you agree with a client, whereby losses over a certain agreed threshold are reimbursed by the customer, or you reserve the right to remove the micromarket. Every single time an operator indicates that he’s prepared to do that, the customer says ‘oh no, no no; what do I owe you?’ I’ve never seen a market removed yet.’

Ready or not, what’s an advantage to the end user could be seen as a problem for would-be operators and that’s the sheer number of products that can be offered in a micro-market.

Stock control and order picking need not be a problem…

‘They are afraid of that, so we help them through it by, for instance, pointing out that re-stocking the market on a Friday is not a great idea… But stock control and order picking need not be a problem, The software we use to make the process of managing a large number of stock lines is state of the art. We’ve integrated with Lightspeed pre-kitting software* for example. It makes the process of order picking around 6 times faster when compared to the old, manual way. The truth is that when you have 250, 300 products to manage, you can’t stand there with a paper and pen. Picking is quicker, it’s more accurate and its real time; not a print out that’s been sitting around for a few hours…’

Back to the electric car analogy: driving has never seen a change such as the one that’s upon us now. The end of the traditional petrol station is something that our kids or our grandkids will witness. Some stakeholders see the need to create roadside charging stations as a problem; others see it as an opportunity. Yes, admittedly, John Chidiac has a vested interest in promoting micro markets, but he’s not a dreamer: the real dreamers are those standing firm, Knut like, believing that they can turn back the tide and save themselves from drowning in an ocean of change. Micromarkets? Ready or not, here they come.

*Lightspeed Pre-Kitting? See it below: