Standing In Line: It’s nobody’s favourite waste of time, but this week’s guest blogger, Vendman MD Rob Little, was standing in line to pay for petrol when the theme for his article occurred to him…

I’ve been an interested reader of the ‘Thought Leadership’ strand on Planet Vending so when I was invited to take part I immediately said ‘yes’. But then I started to get nervous. What would I have to say that hadn’t been said before? – bearing in mind that all references to Vendman were ‘out of bounds’…

I was on the way back to Hazel Grove after a meeting up north, with the article weighing on my mind, when my petrol warning light came on. Not one to pay motorway rip-off prices I asked my sat-nav to take me to a filling station close to the next junction.

It turned out to be one of those forecourts that doubles as a supermarket. That’s why, after I’d filled up, I found myself at the back of a long queue of customers, most of whom hadn’t bought petrol: they had shopping baskets full of all sorts of gubbins.

That was when I noticed there was a Costa machine and a rep-looking bloke had just put a lid on the drink he’d dispensed. He looked round and saw the state of the queue and pulled a face that conveyed the words, ‘oh bloody hell’. He was eyeballing the exit, (no doubt calculating whether or not he could get away with taking the drink without the inconvenience of standing in line to pay for it), when he noticed that I was eyeballing him.

He looked away, put the drink down on the flat surface next to the sugar and the stirrers, and left without it. And that’s when the conundrum of what my article would be about was solved… 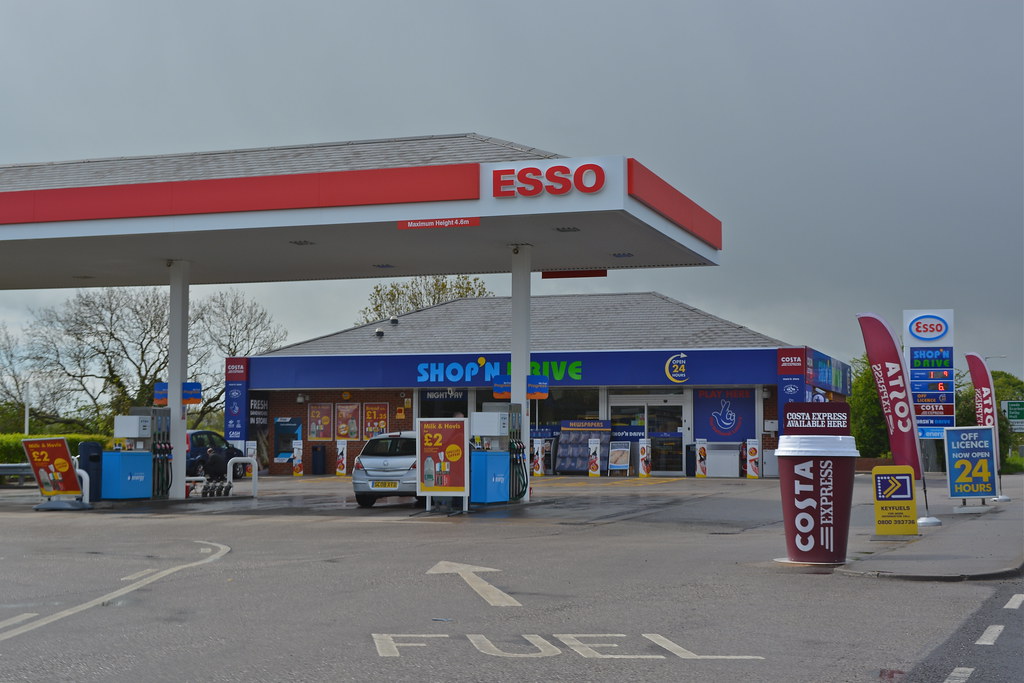 What if that coffee machine had been connected to the Internet of Things? The thirsty punter would have walked in, he’d have received a push notification from an app on his smartphone that would have informed him he was within range of a coffee machine and prompted him to connect with it. Having done so, the app would have asked him if he wanted his usual latté with an extra shot and he’d have touched the button that says ‘yes’.

He’d have been offered the option of paying through the app or using another cashless means of settling up. That sorted, his drink would have been made and when it was done, off he’d trot without having to stand behind me while I waited to pay for my petrol and my Kit-Kat. And because the machine didn’t dispense prior to payment, there’d be no chance of him doing a runner, with or without his coffee.

What’s more, the machine owner would have benefited, too. The price of the coffee would have gone straight into his bank account, rather than the forecourt operator’s till. And rather than wait, what, sixty days to get their share of the sale, less the operator’s commission, the shoe would have been on the other foot. Maybe once a week, or once a month, the machine, thanks to the IoT, would reconcile sales and deposit the operator’s share into his account, automatically.

Connected machines would also prevent ingredient ‘piracy’. I mean, what’s to stop an unscrupulous operator buying second-rate coffee at his local cash and carry, and passing that off to unsuspecting customers as the premium-priced branded Monty? When supplies were running low, the machine would contact Costa and place an order for a fresh supply. The forecourt owner or manager would be completely out of the sales loop.

And when the machine needed attention, for instance when the drip tray was full or maybe the milk, or the coffee, needed to be replenished, a notification would appear on the till screen and action could be taken before a disgruntled customer informed the cashier ‘your coffee machine’s not working, mate’

My train of thought was only broken by an ‘excuse me’ from the lady standing behind me in the queue. It was my turn at the till and I was staring into space. ‘Next please’, the grizzly behind the counter said, through gritted teeth.

‘Sorry’, I said, ‘I was miles away’. Much like the bloke who’d left his coffee and legged it. Any Device, Any Data, Any Cloud.
‘Transparency, Honesty And Simplicity’? It Makes Vending Sense.